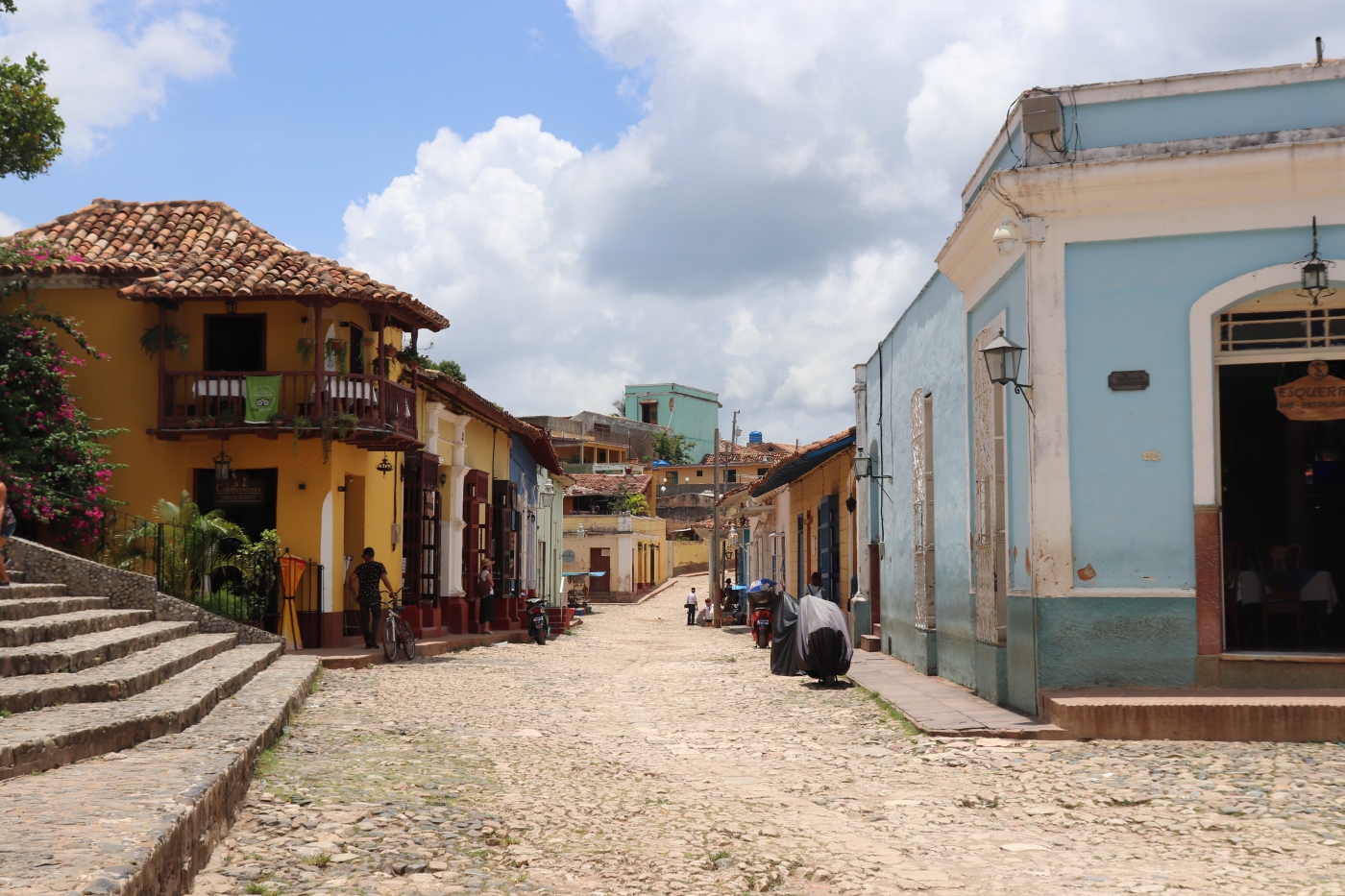 When I look back on Trinidad my memory is a little foggy, I think this is due to the amount of rum we consumed over this period or the fact it’s been ages since we went. Not only does Trinidad have amazing churches and history it is also known for its nightlife, which Jake and I thoroughly took advantage of.

On the first day of Trinidad we sought out the ocean and went to a secluded island where you can go snorkeling and eat paella. I wouldn’t put Cuba at the top of the list for snorkeling but it is well worth the experience. The water was beautiful but not overly clear on the day we went. Compared to other countries we have snorkeled in, the water was lacking sea life.

We caught a catamaran with a small group of people to a beautiful island called –Cayo Blanco. The island was beautiful and we had an amazing time hanging out with a group of four American boys and an English mum and son. It was filled with rum, swimming and even a crab race.

One of the things you do need to prepare yourself for is the huge iguanas that are all over the island. The tour guides also feed them from the paella they cook, Personally I felt this was wrong as they shouldn’t be feeding them human food and it also made them very aggressive. When it was feeding time, I spent it curled up in a ball sitting on the table hoping they wouldn’t attack me.

That night Jake, Carlos and I went on the recommendations of the four American boys (who were all nursing hangovers on the boat) to a massive bar inside of a cave. The bar was is a significant hike out of the town central, up a lot of hills but was well worth the effort. You walk down into an actual cave and there is a full DJ set up with water dripping from inside the cave onto you while you party. It was such an awesome experience as we also got to dance with locals. As you can imagine Jake was significantly better in this situation than myself.

The next day we headed out on a charted fishing boat in search of a few game fish, we didn’t have any luck catching them. However we were able to take Carlos on his first boating experience. I think this was just as rewarding as catching any large fish, Jake might say otherwise…

Like Havana you will find cool bars and restaurants in Trinidad’s center we ended up catching up with the English mother and son on our last night and spent the evening listening to a live band.

One thought on “Trinidad”