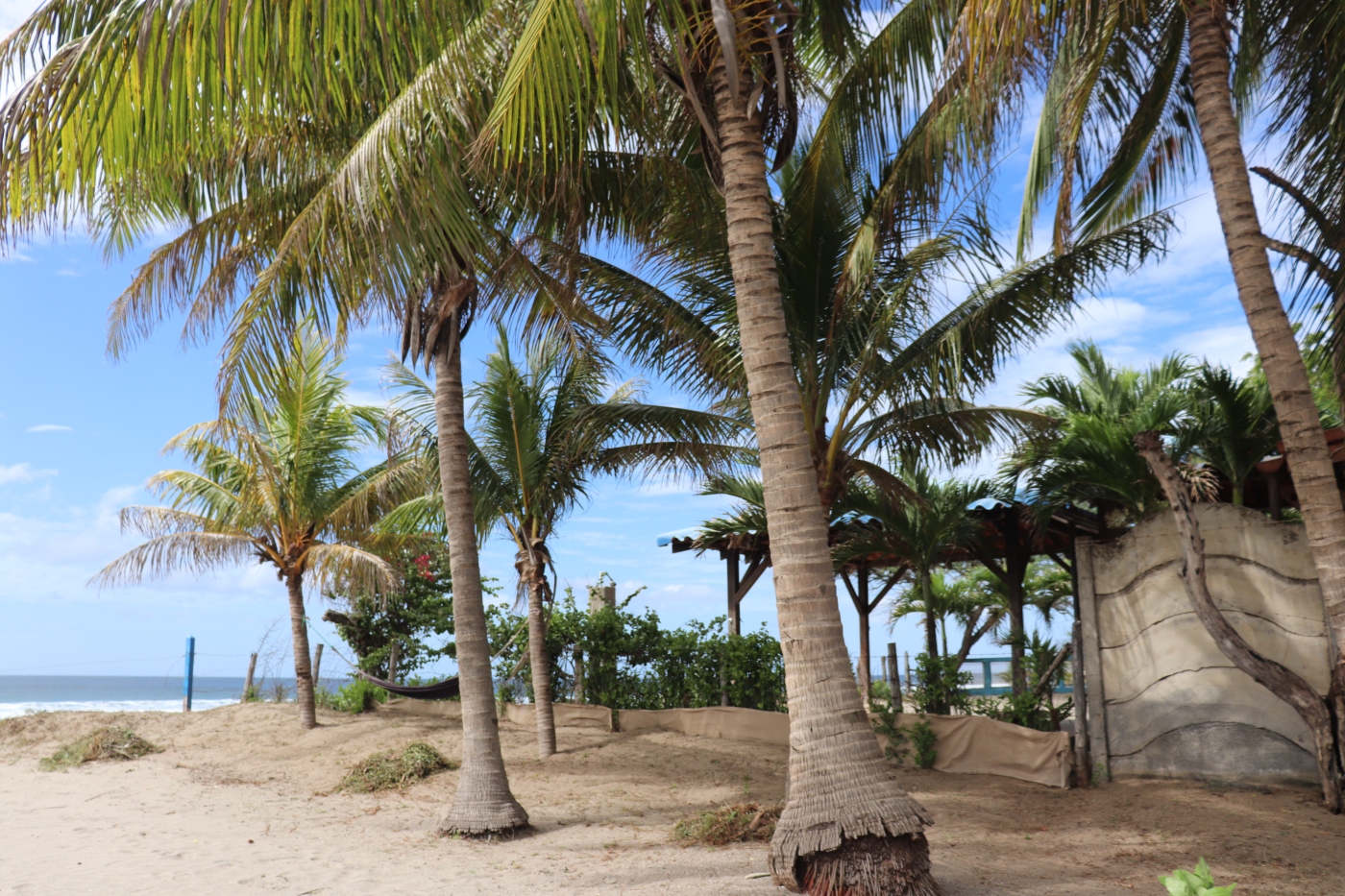 We fell in love with Popoyo the morning after we arrived when we realized we had woken up in paradise.

The night before was exhausting we decided that we would take the shorter route to Popoyo not knowing that the drive in fact would take double the time as it was a dirt road. With darkness approaching we were still along way away and faced with a river crossing but just like Buddy we battled on. As we pulled into the street of our accommodation we managed to get Buddy stuck in the mud. With a little run up Jake managed to slide into paradise rather frazzled.

We ended up spending over two weeks in Popoyo surfing, partying and exploring the local haunts. When tourists had barely started to come back to Nicaragua so it was deserted which made for ideal surfing but also meant a lot of restaurants were still closed. Popoyo is filled with plenty of surfing spots at a variety of levels which was great as I could head off to beginner bay when the swell was huge in Popoyo and I was shunted off the main point.

Jake also managed to get a shampoo in Popoyo aka a barrel right outside our camp spot!

At this point we had been traveling with a group of friends and we all met up again in Popoyo. Our friends from San Diego Tish and Jesse rented a house where they are still located and looking to relocated permanently to, so we were able to go around for dinner parties making it feel just like home.

For a small town we somehow managed to party a lot. Our first night out we went to a local Halloween party including us 4 the total attendees were about 12 people.

For a small beach town it was everything we loved, it was so hard for Jake and I to leave. We debated on and off whether we should spend another week but that would meant sacrificing time in Costa Rica. So with heavy hearts we said good bye to all our friends and headed to Costa Rica.

During our period of troubles with Buddy we definitely had a lot of debates on whether or not to sell up and head to Popoyo rent a place and settle there until we ran out of money. No doubt as you check out the photos below you can see why this was an option for us!

One thought on “Nicaragua – Popoyo”